Well, off the top of my head, scones are more Scottish, or English tea time, although a biscuit could be as well, but biscuits are more American, as in sausage and biscuits or dumplings.

Biscuits tend to be savoury (but not always) and scones are the other way around.

Comments anyone? There may be more to this than I think. 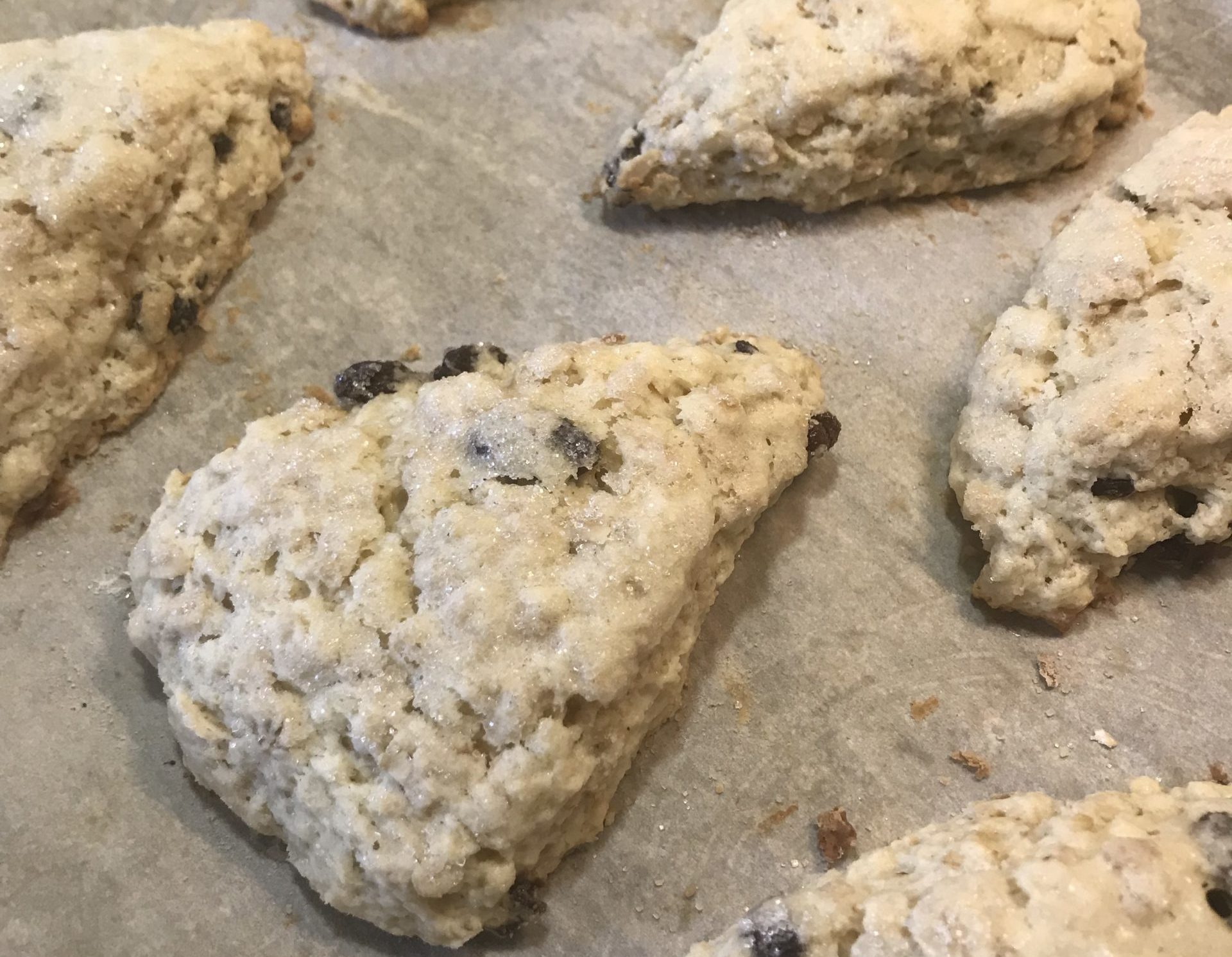 Scones usually only use baking powder as no acid is used and the dough may be left to rest about 20 minutes before baking.

Scones are like, or are, bannock, which is also Scottish but is often included in Native American cuisine who may have already been making this as it is a fairly basic and totable product.  Lard and other grains and dried fruit were also used, or instead of baking a round, the dough could be wrapped around a stick and cooked over a fire.

We used to do this when we would go camping and have it with marmalade!

These are a little heartier with the addition of oatmeal yet light and fluffy.

How to Make Oatmeal Scones 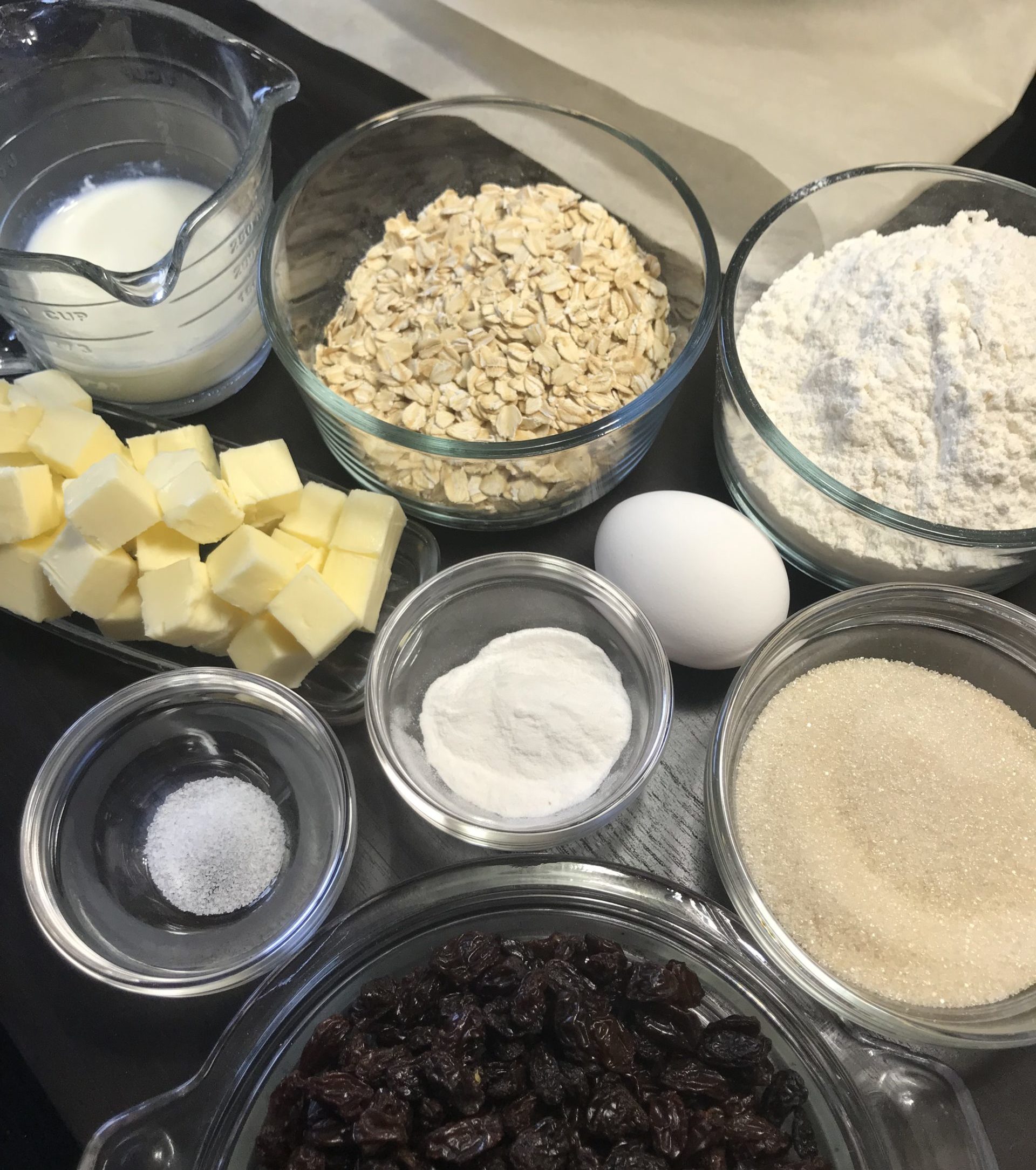 2. Using a food processor, pastry cutter, or two knives, cut in the butter until crumbly.

3. Toss in the raisins to coat a bit. 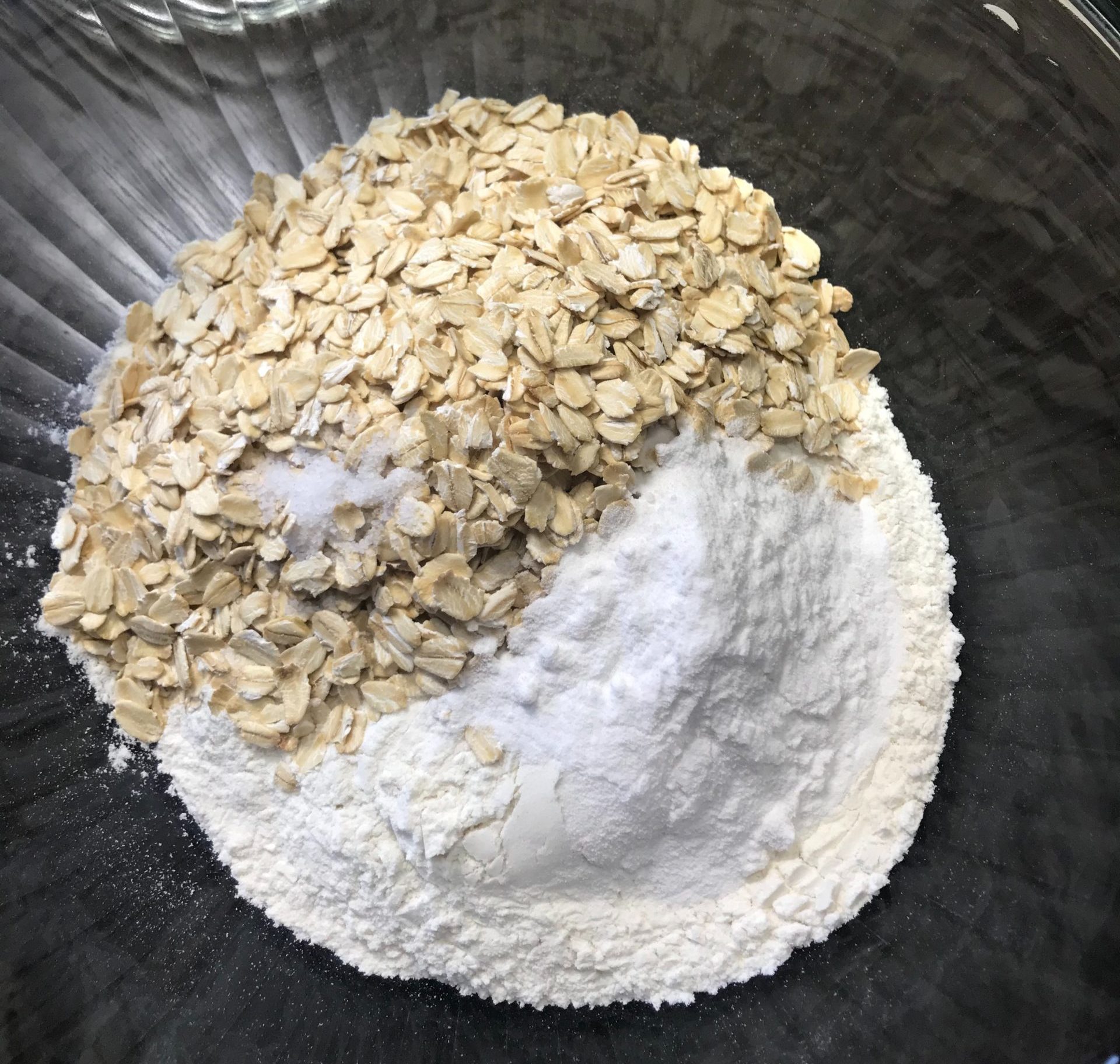 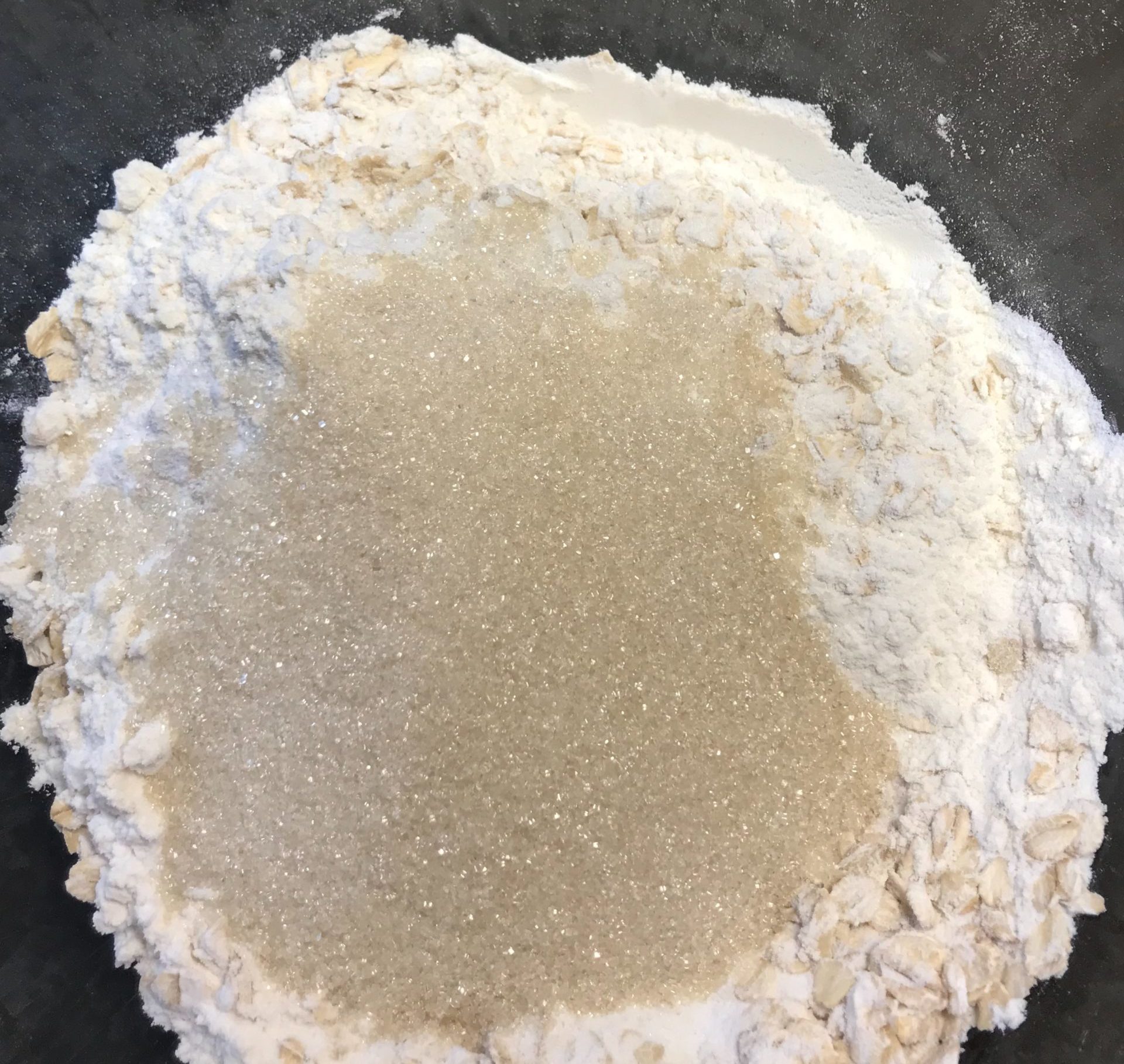 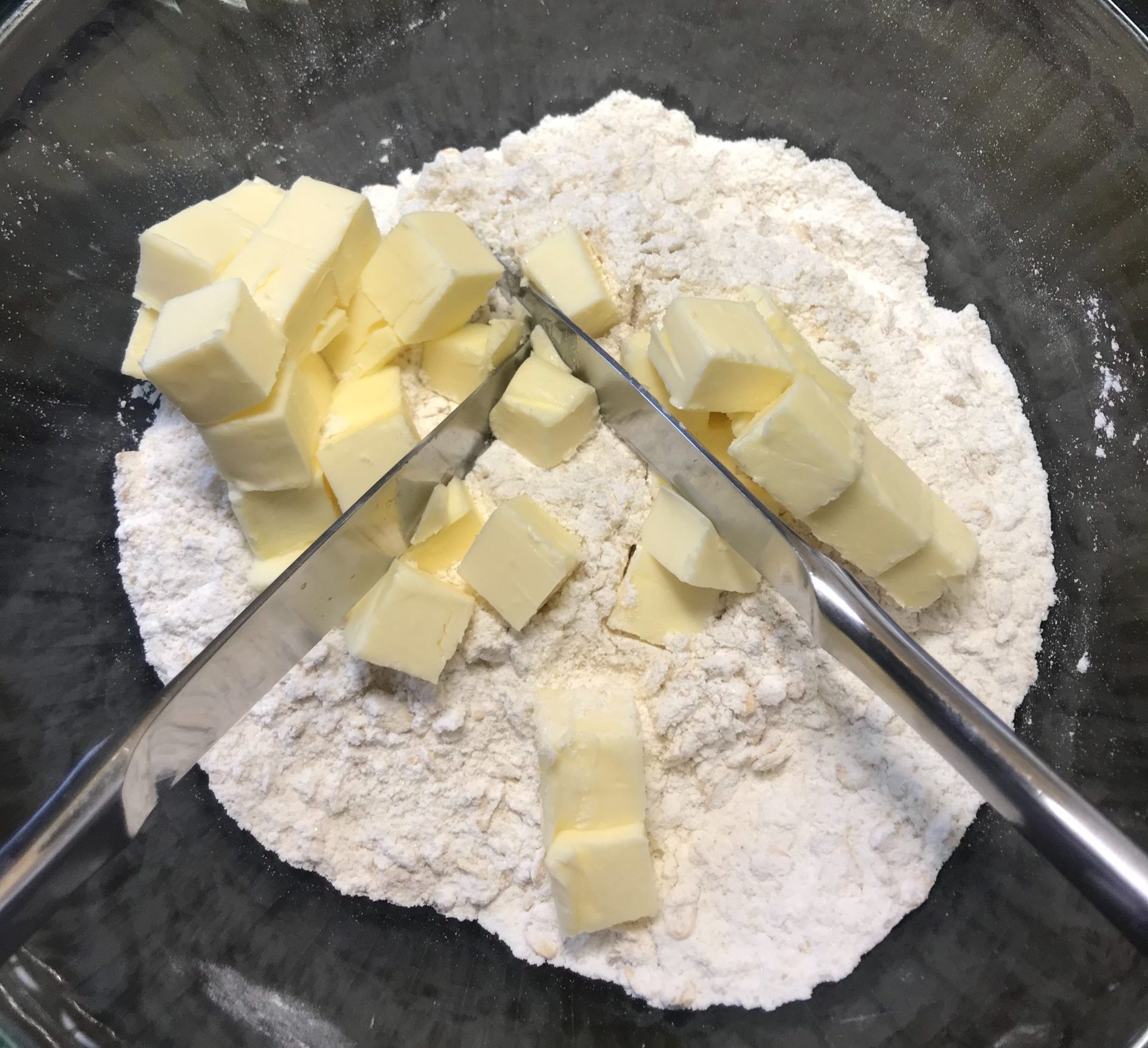 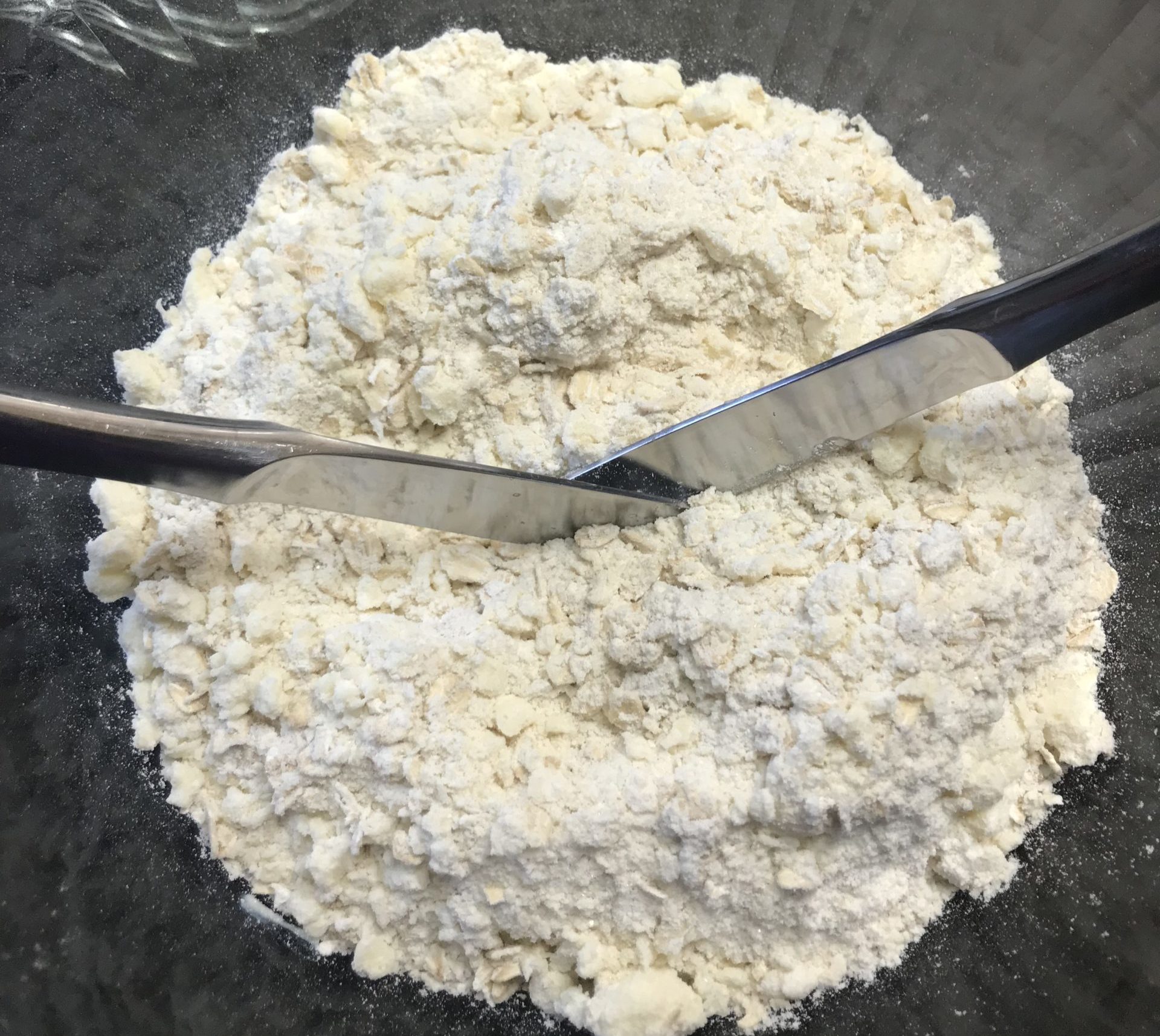 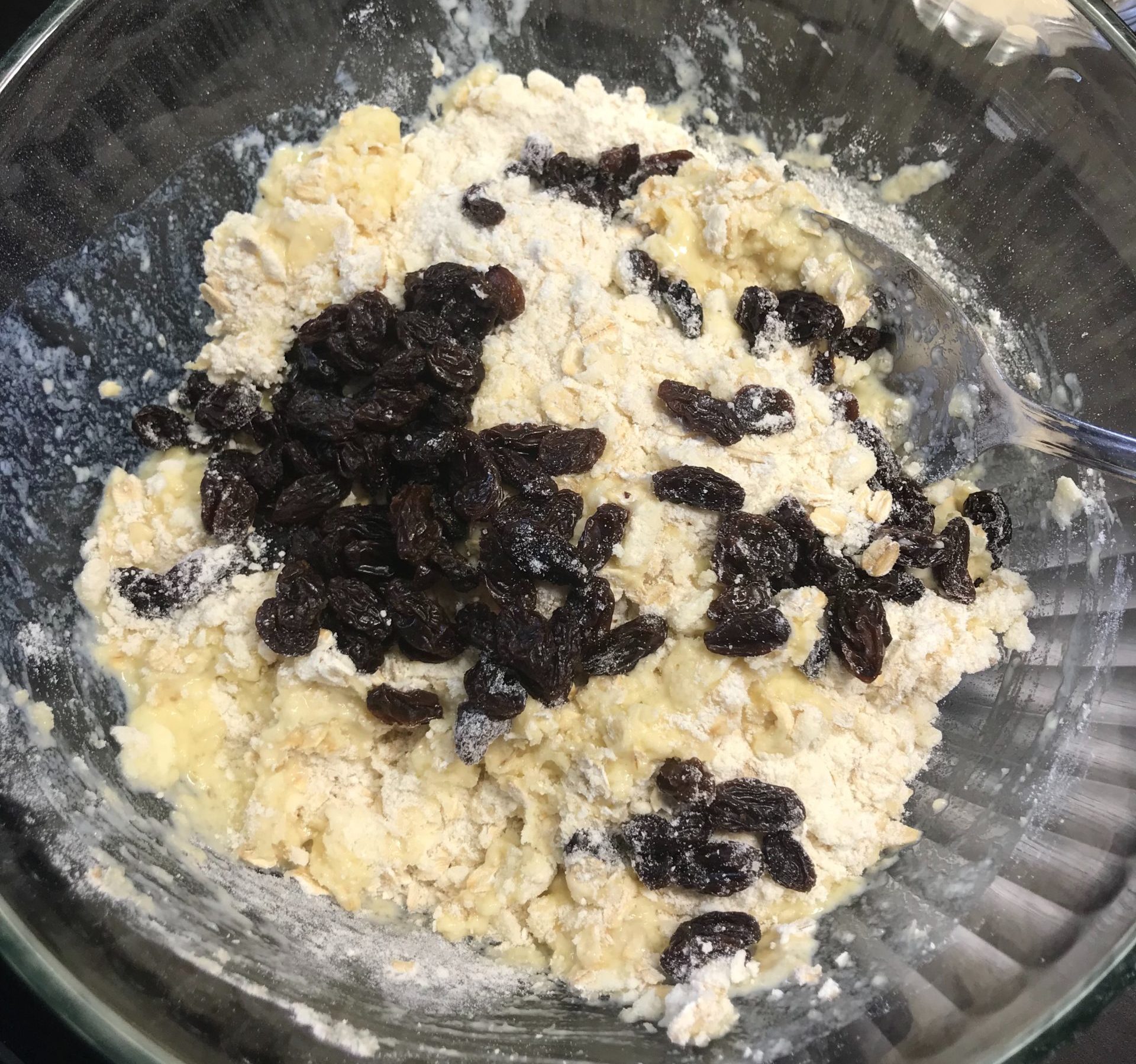 4. Combine the egg and cream, or milk.

5. Mix this into the dry ingredients until it just comes together.  There should be some dry parts. 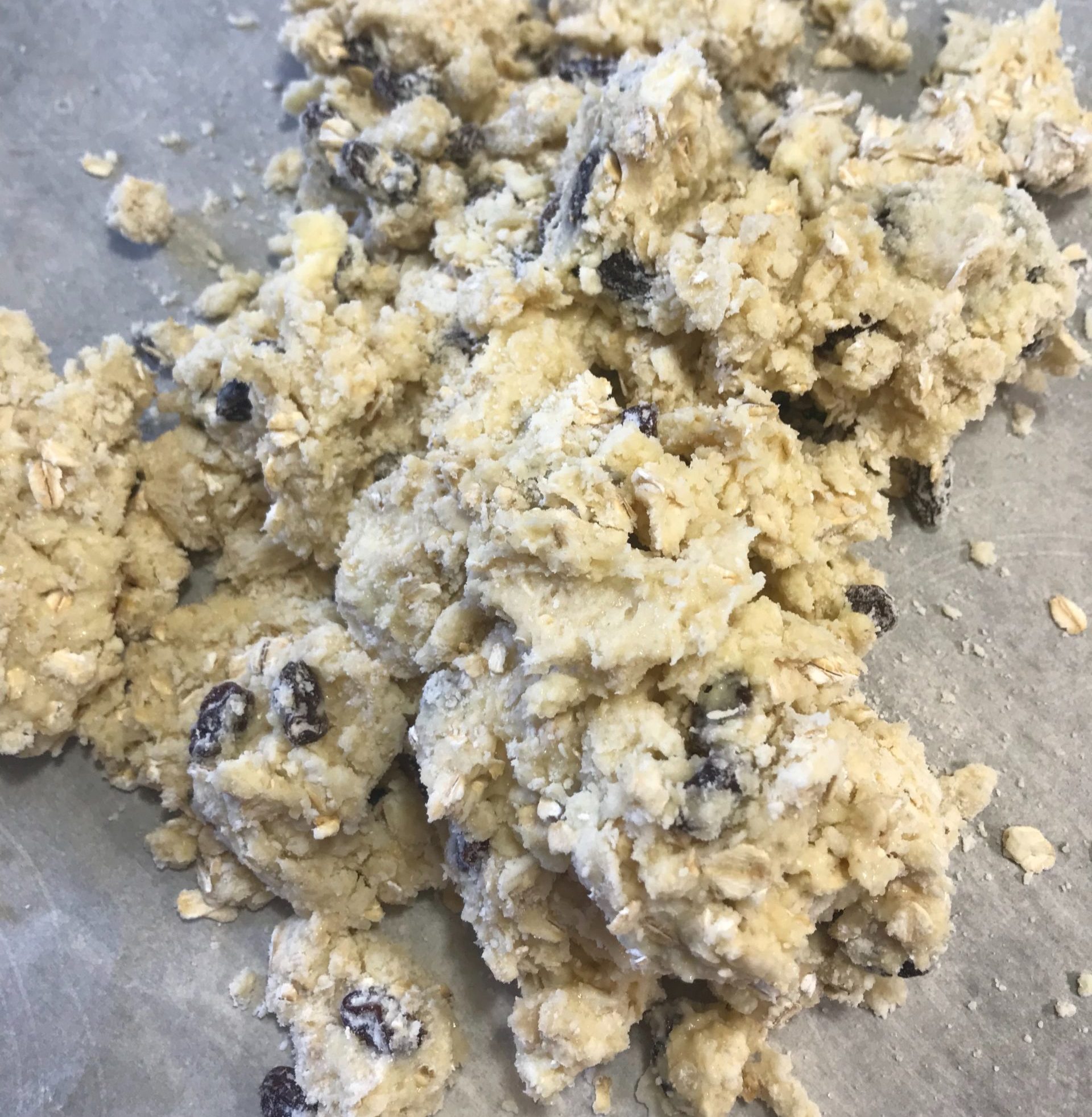 6. Dump onto a lightly floured surface and bring in the floury bits.  Knead a few times to bring together then form a one inch (2.5cm) thick circle 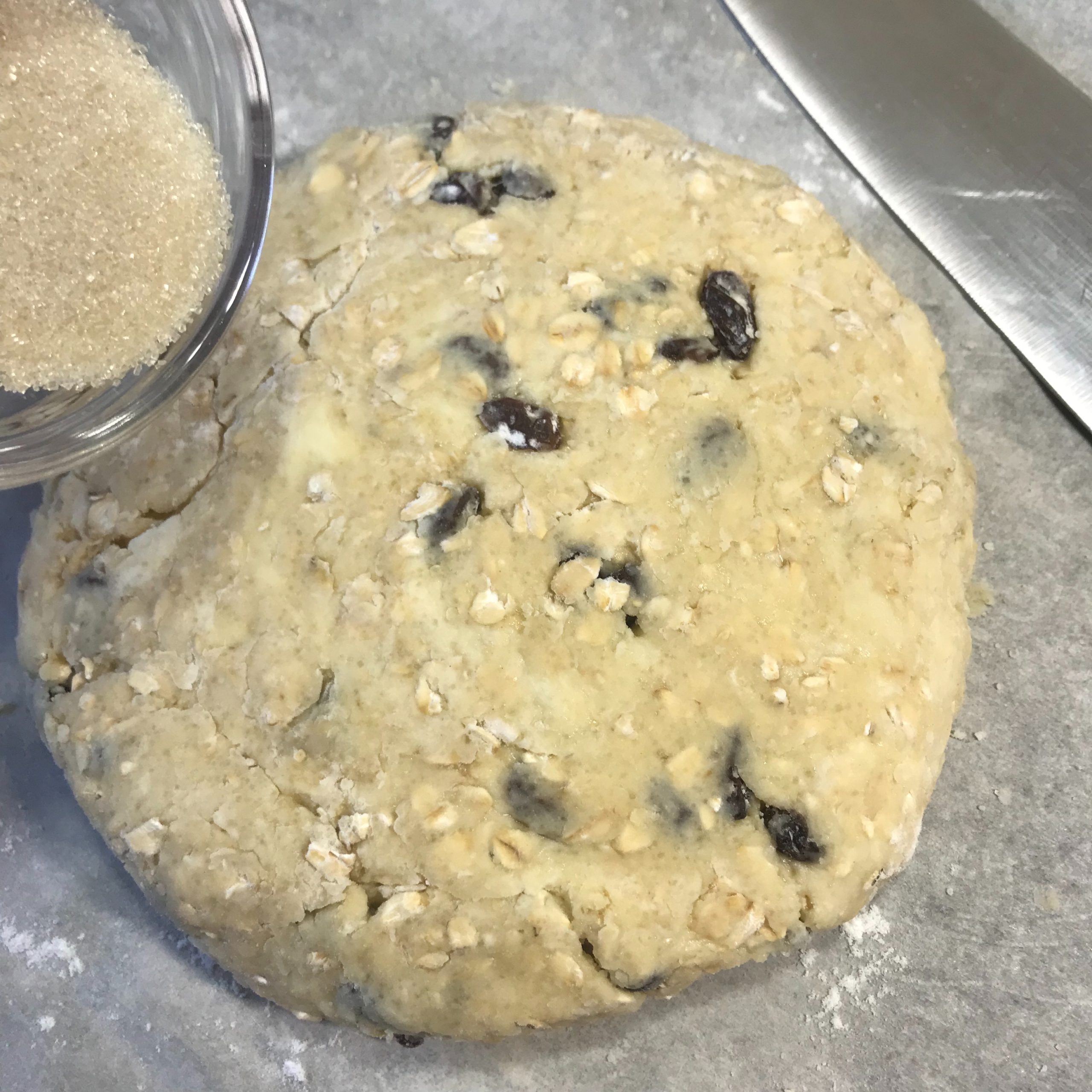 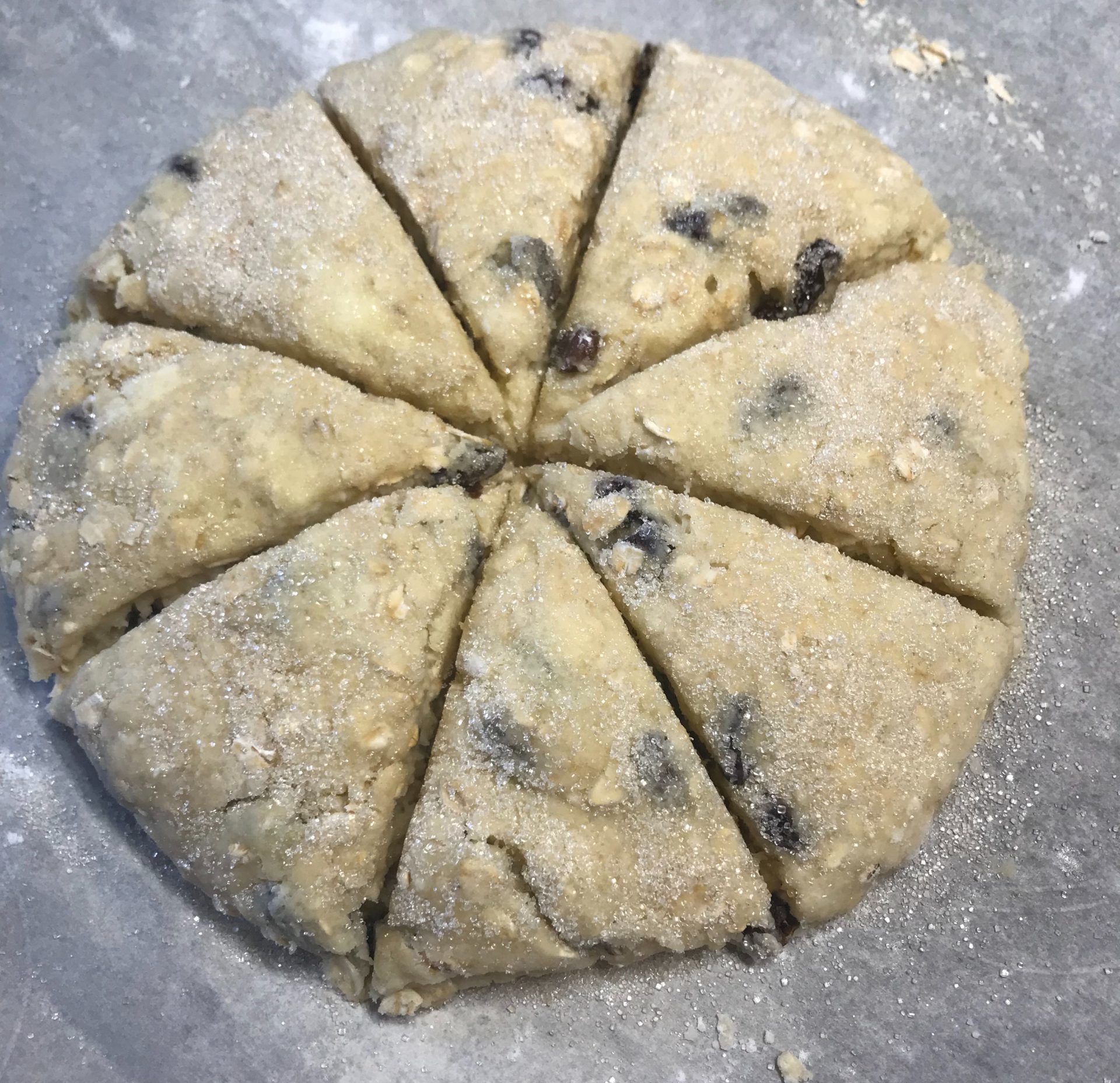 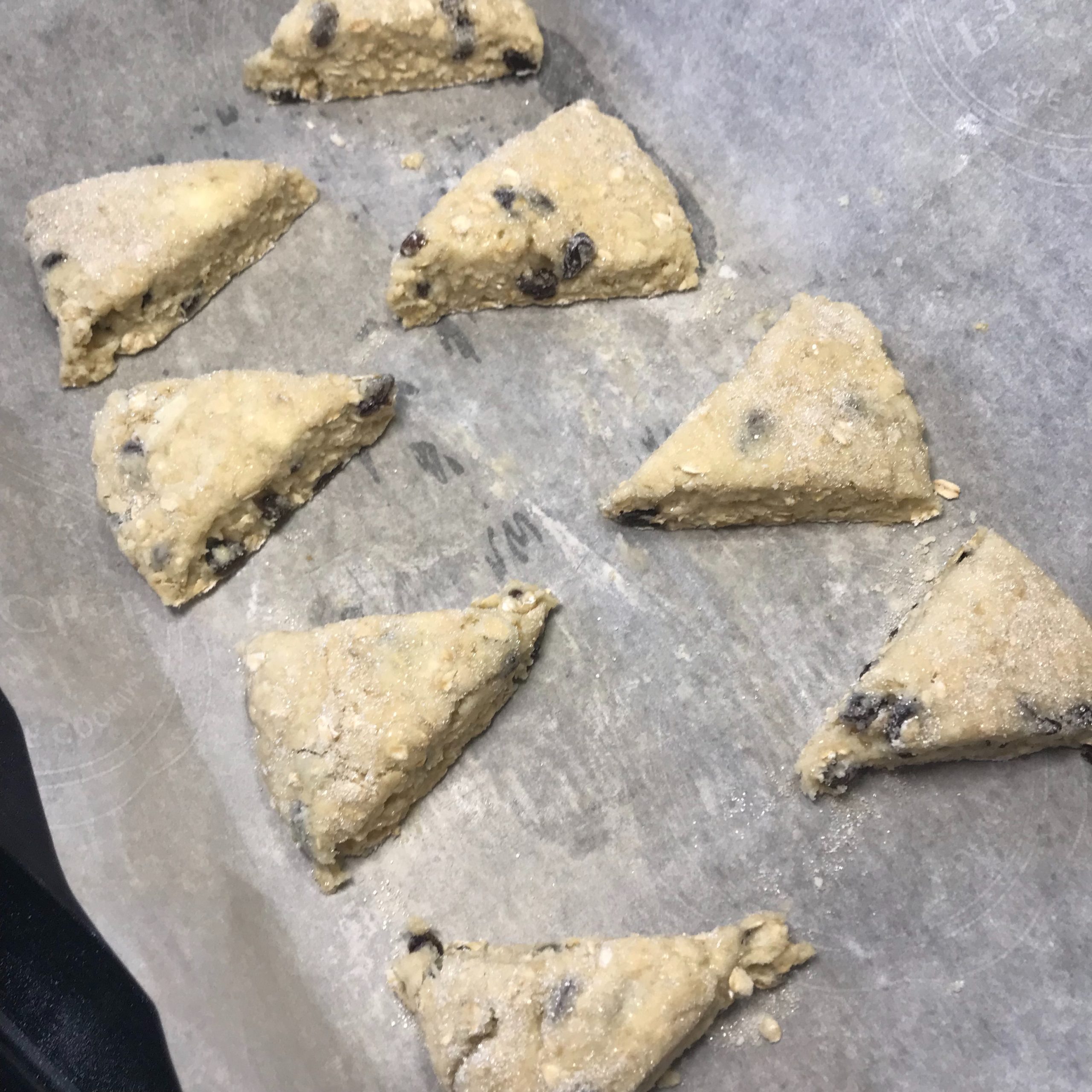 7. Sprinkle with the 1 teaspoon sugar and cut in 8 wedges.  Separate the wedges on a baking sheet. 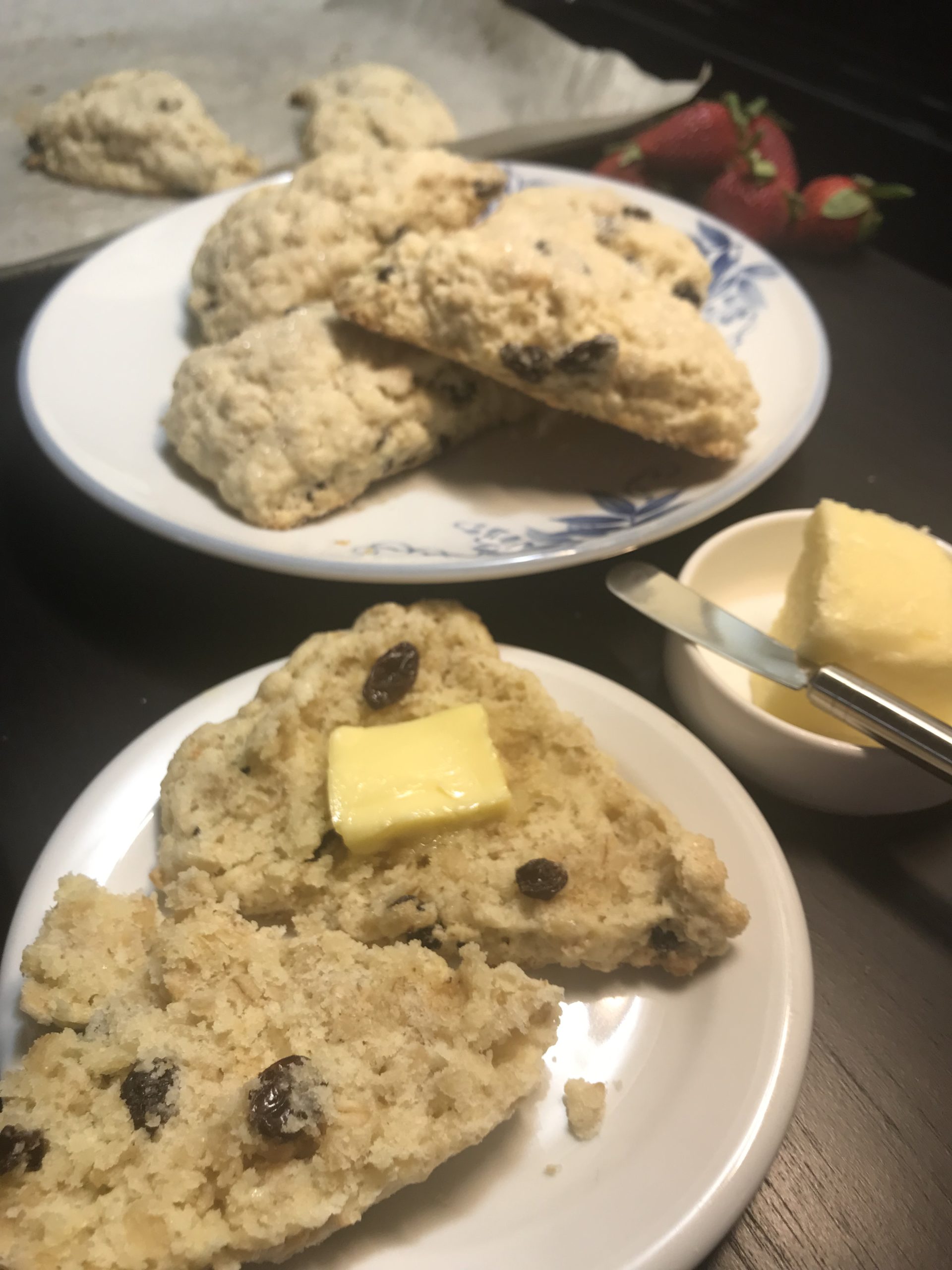 These are a little heartier with the addition of oatmeal yet light and fluffy. 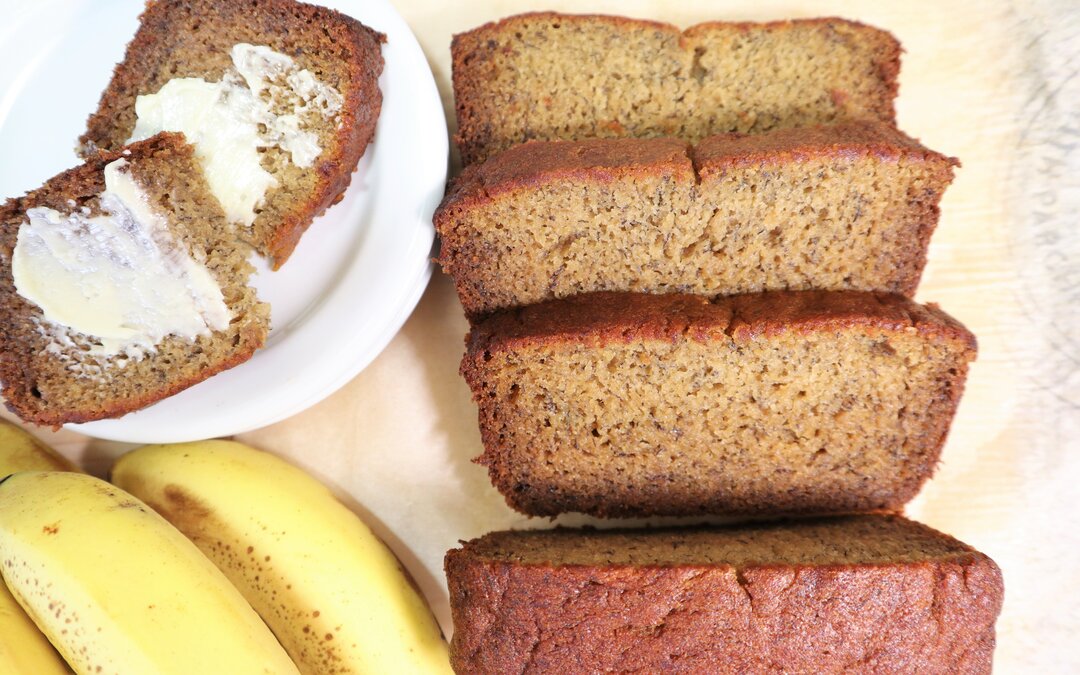 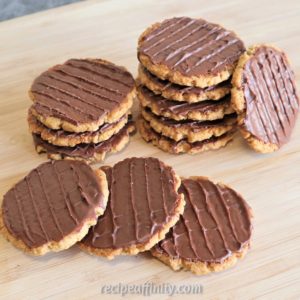 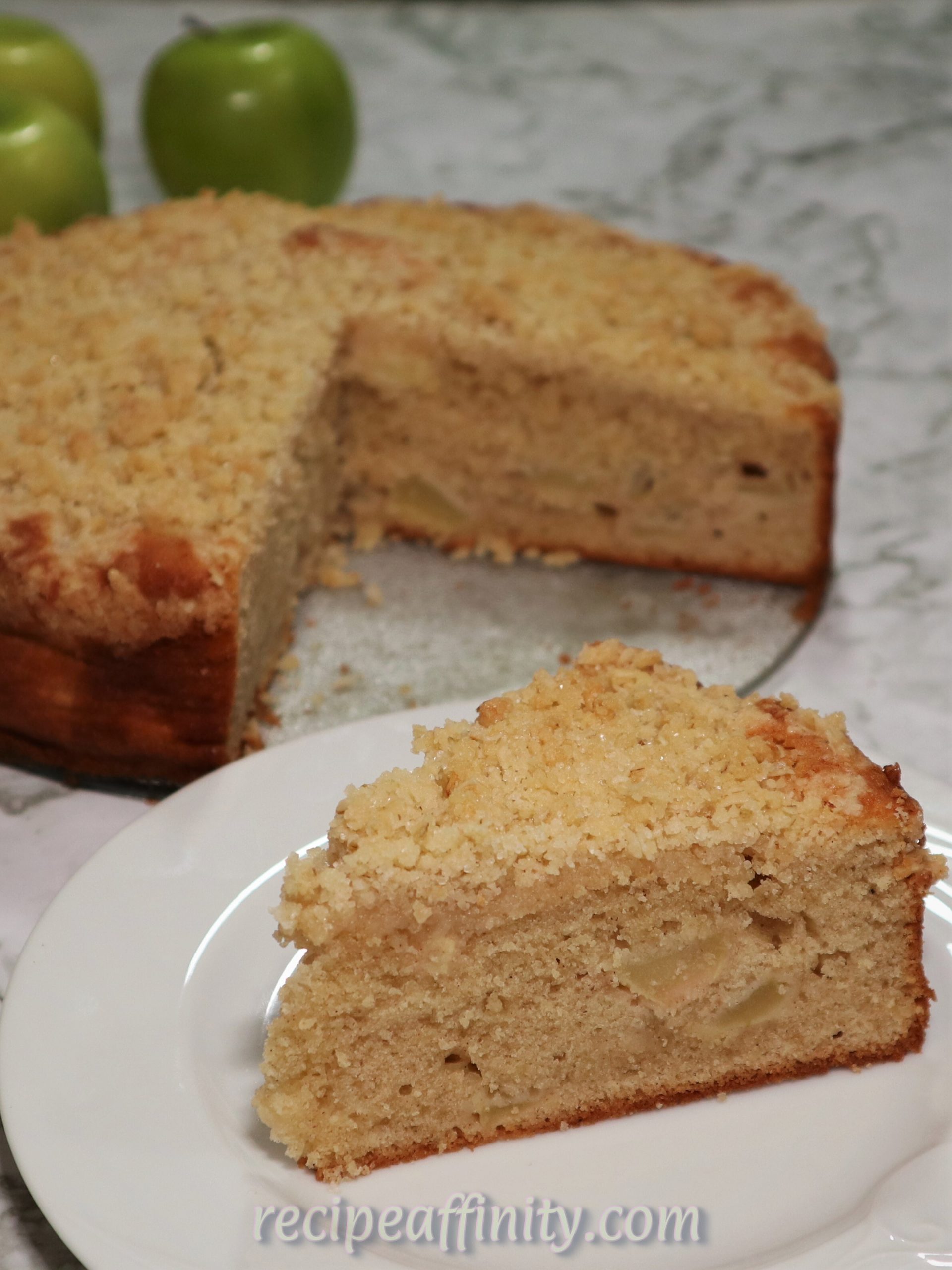