This is a light and moist vegan vanilla cake that again, you won’t need to make any apologies for or explain that it’s because there aren’t any eggs.

The vegan vanilla cake batter is strengthened by an emulsion of the vinegar and oil being combined and maybe the sugar strengthening it more and, um, stuff. Ahem. 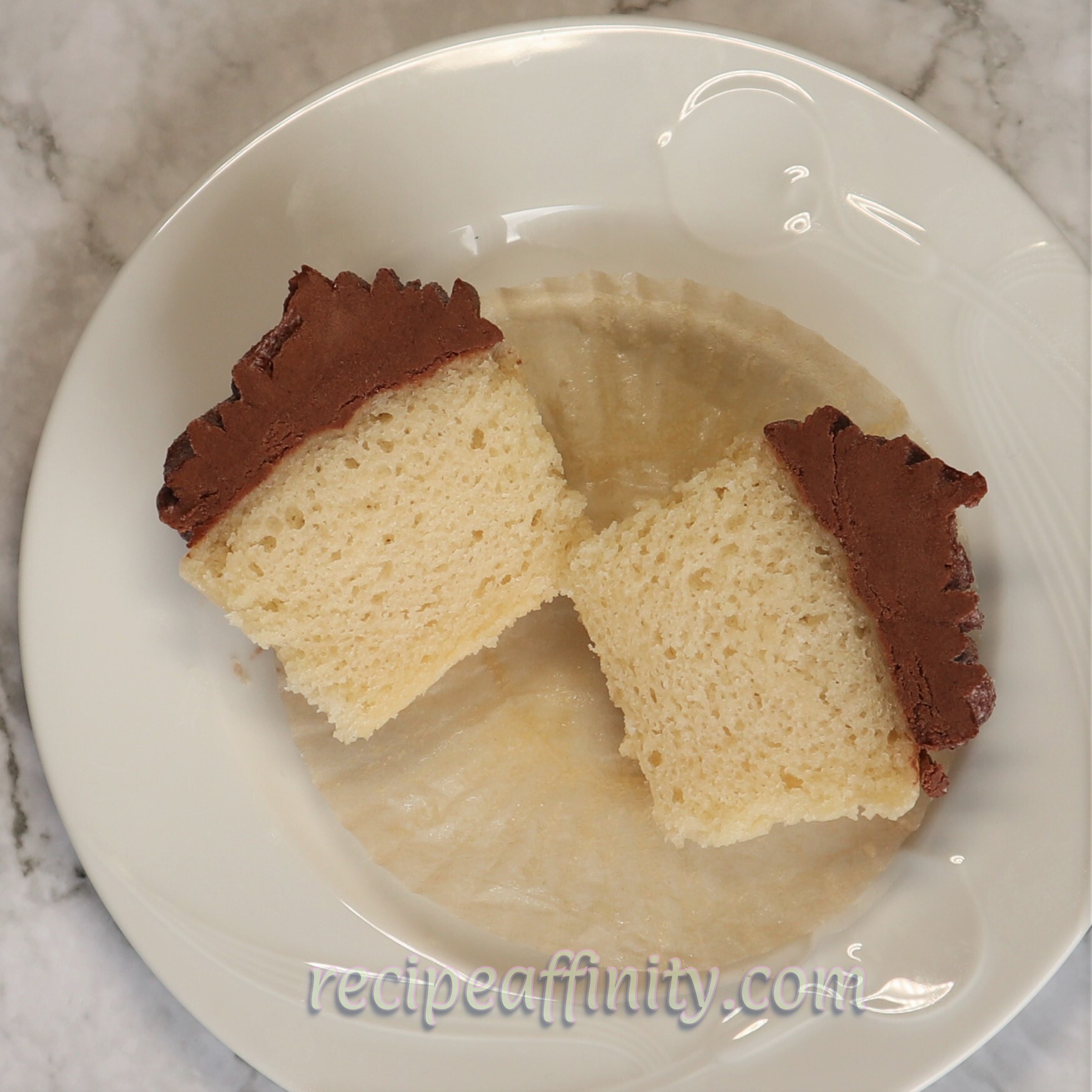 I started out sounding scientific.

Baking is a science, you know, and it is pretty neat when these things happen and you don’t always need to know why, but it helps.

What you do need to know is that you need an emulsion, a binder, one of the reasons for using eggs in baking, or flax and why these are gradually added.

This keeps the cake from being oily because the oil is combined or trapped in the vinegar emulsion, but like when you shake a vinaigrette dressing, it will eventually separate so we add the dry ingredients right away, and bake it right away. 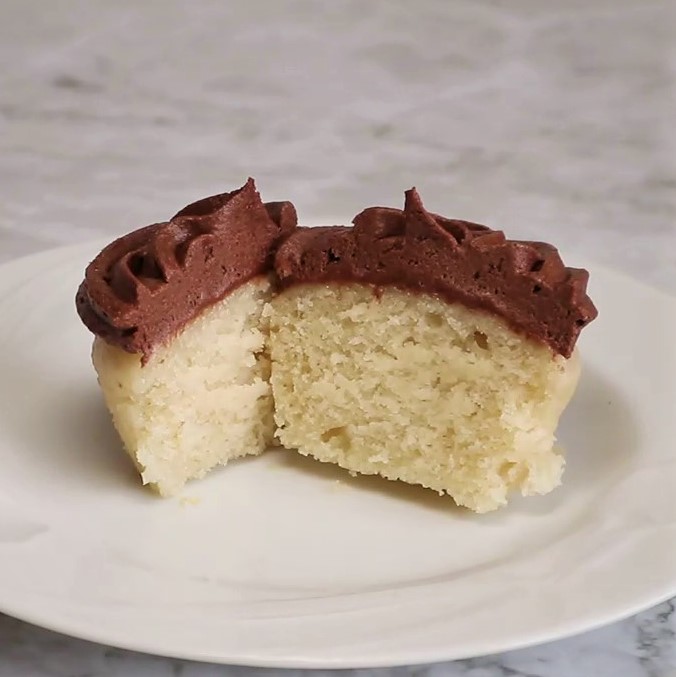 You will need 2 cups of liquid.  I used half unsweetened oat milk and half canned coconut milk.  Not the one from a carton, but you could.  It will make the cake much less rich and moist.

Using entirely canned coconut milk makes for a very nice cake. Make sure the canned coconut is well combined as it separates.  Using it again in the frosting with refined coconut oil, not virgin coconut oil will give you subtly coconut flavoured Vegan Vanilla cakes with Vegan Buttercream frosting which is very light.

How To Make Vegan Vanilla Cakes with Vegan frosting

For the Vegan Chocolate Buttercream 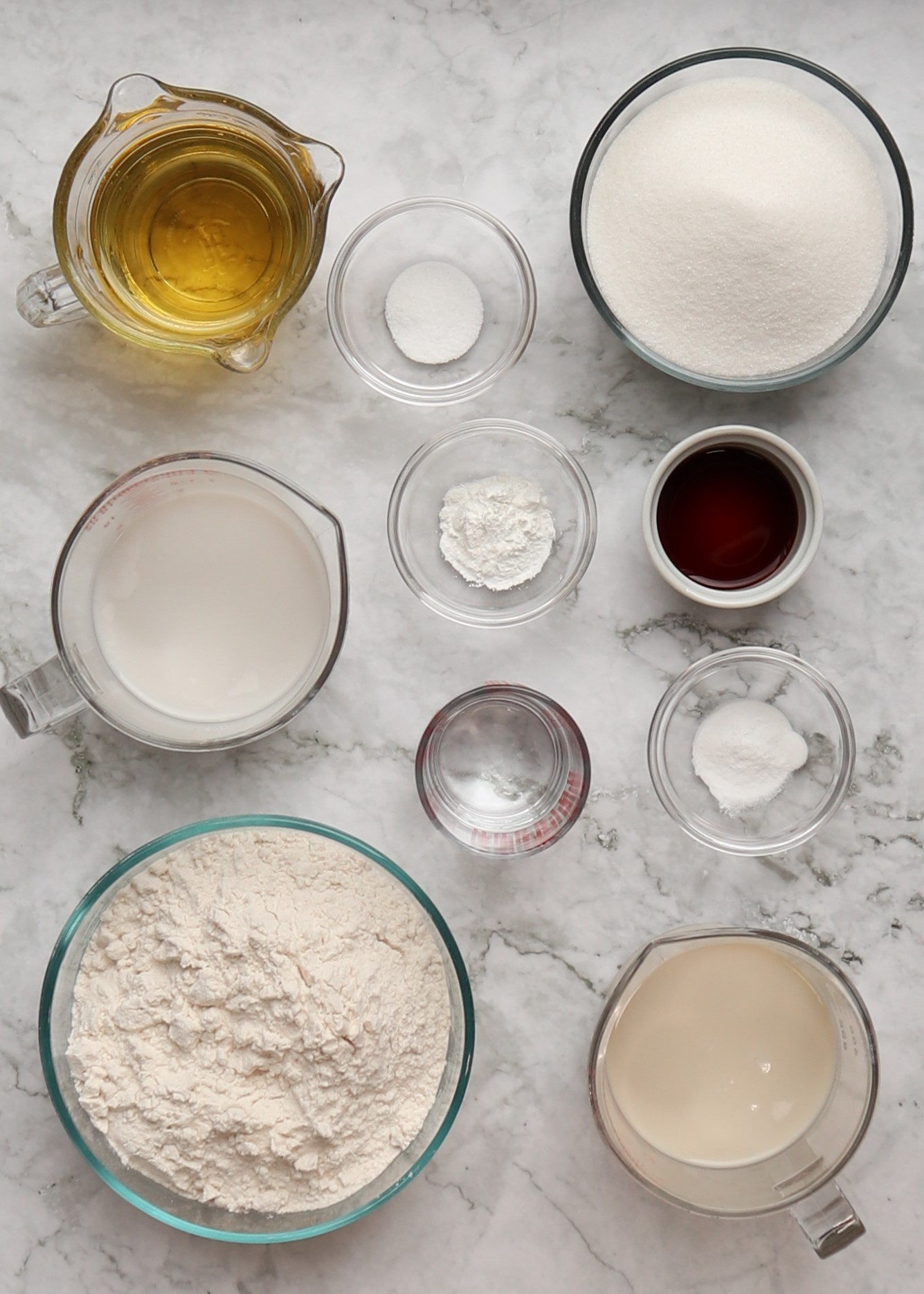 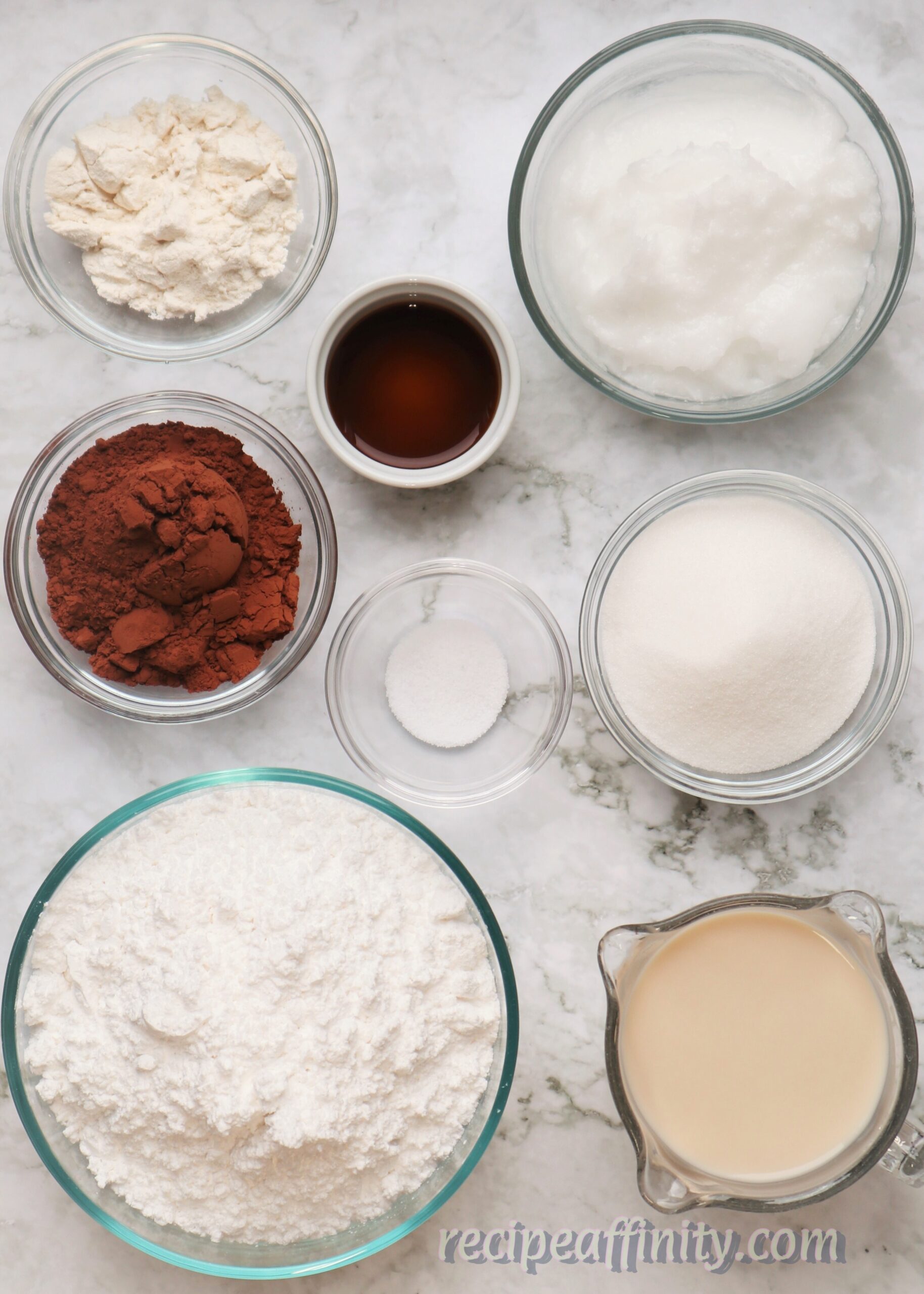 2. Whisk the oil, vinegar and vanilla together and gradually whisk in the sugar.

3. Beat for a few minutes until it comes together. 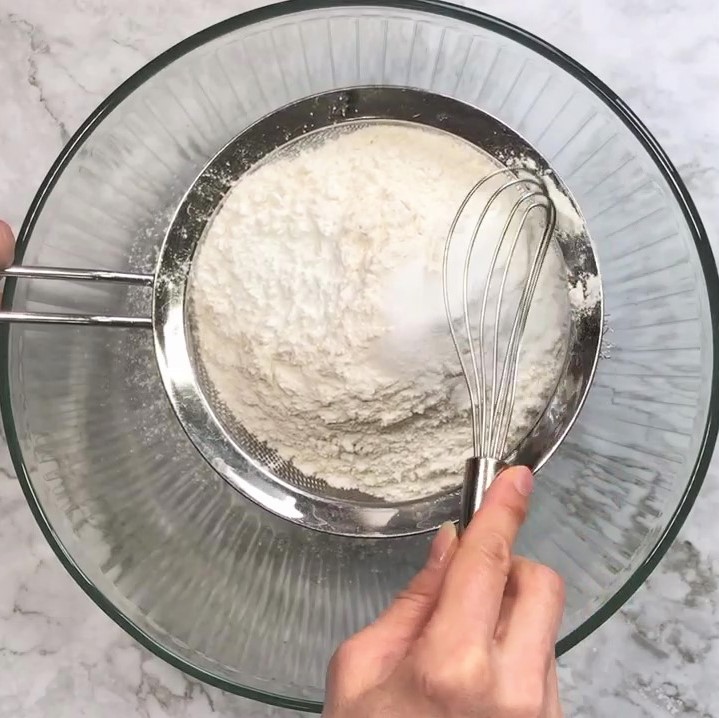 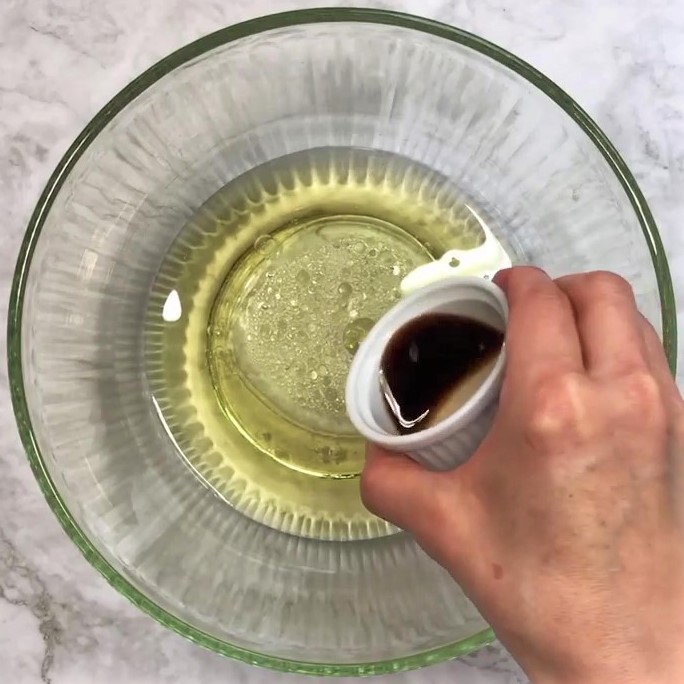 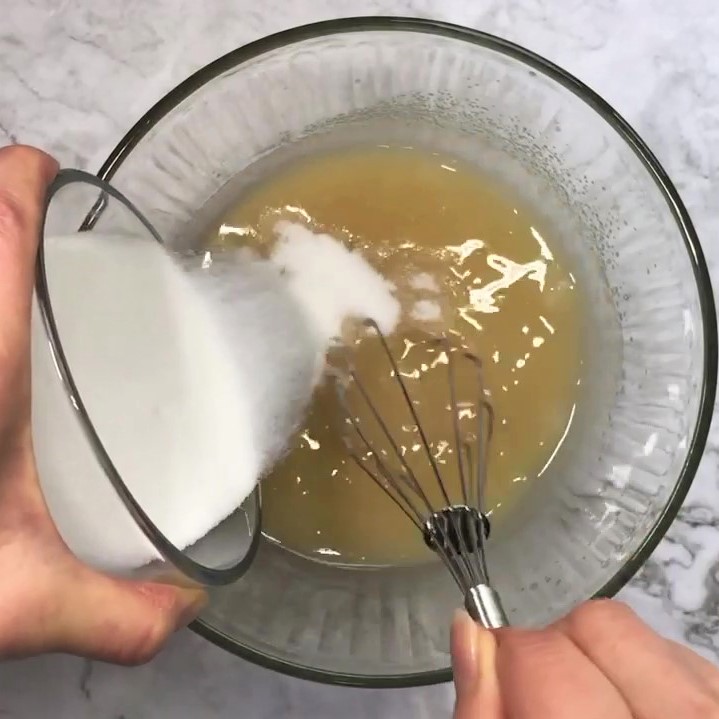 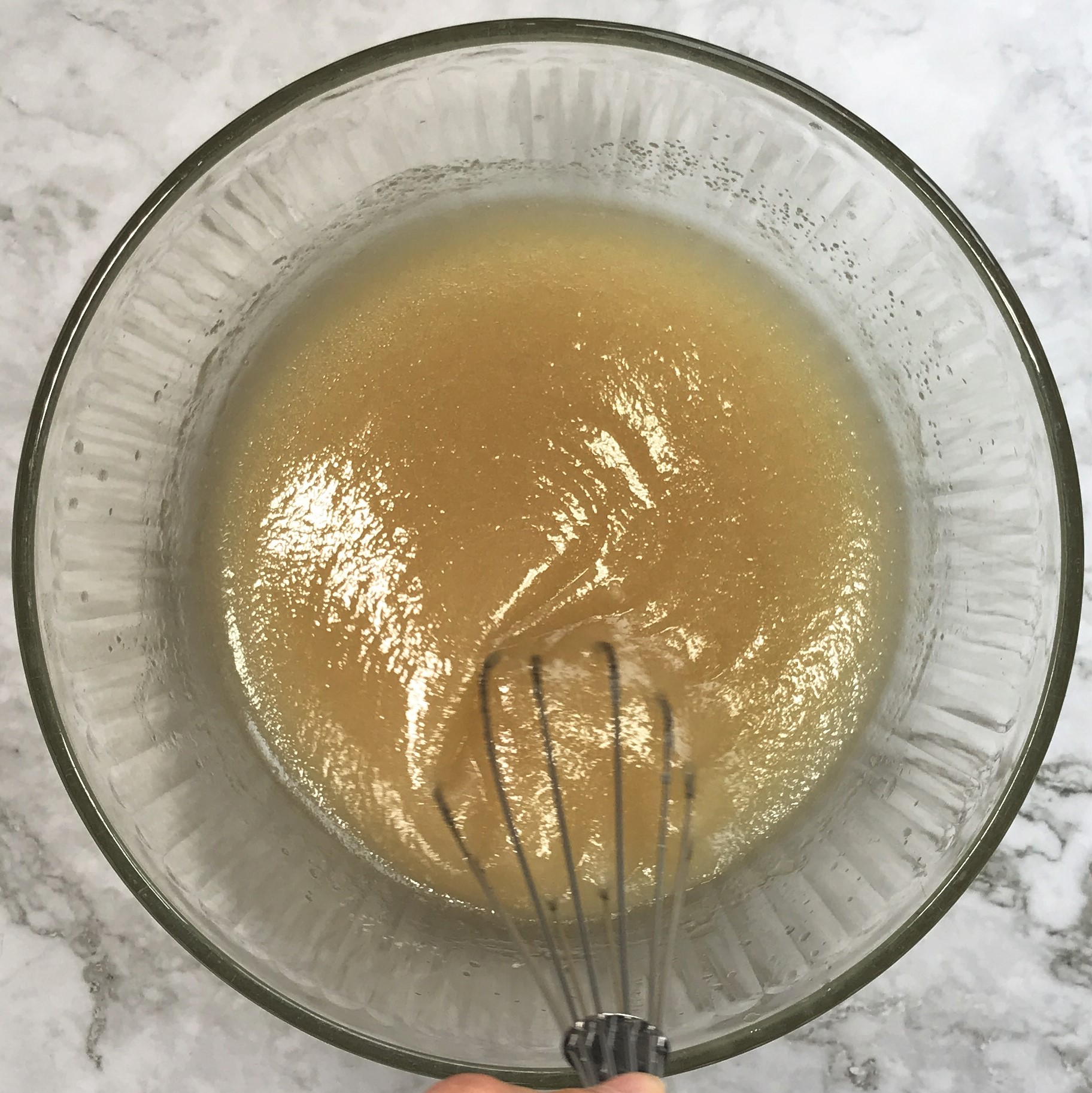 5. Add the dry ingredients at once and mix well, but just until combined. I don’t think it should be overmixed. 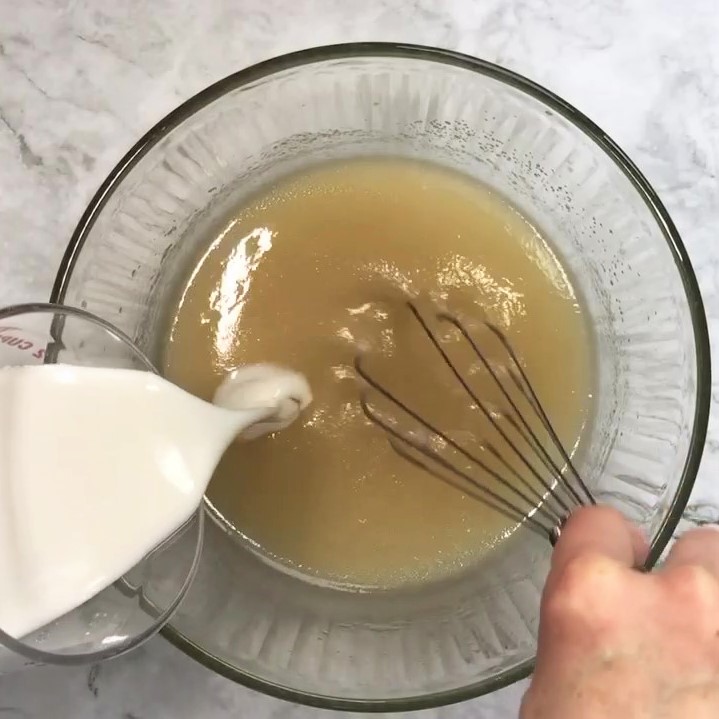 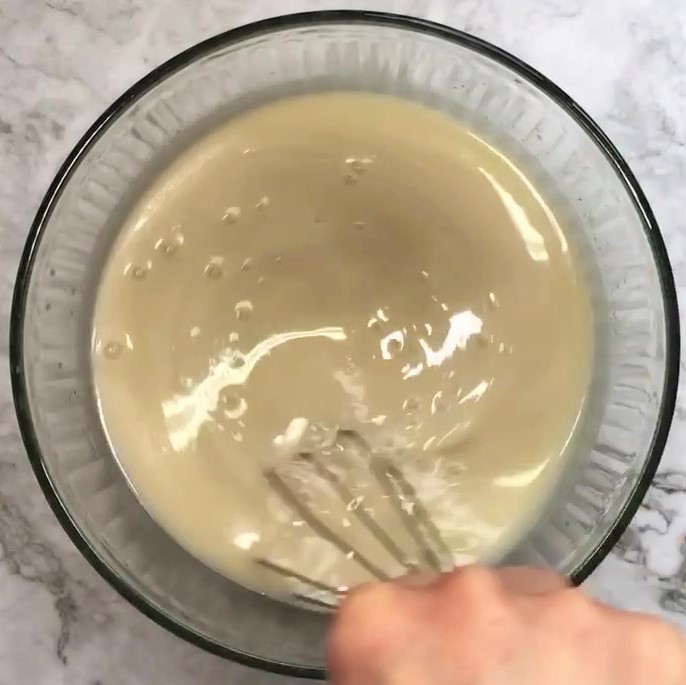 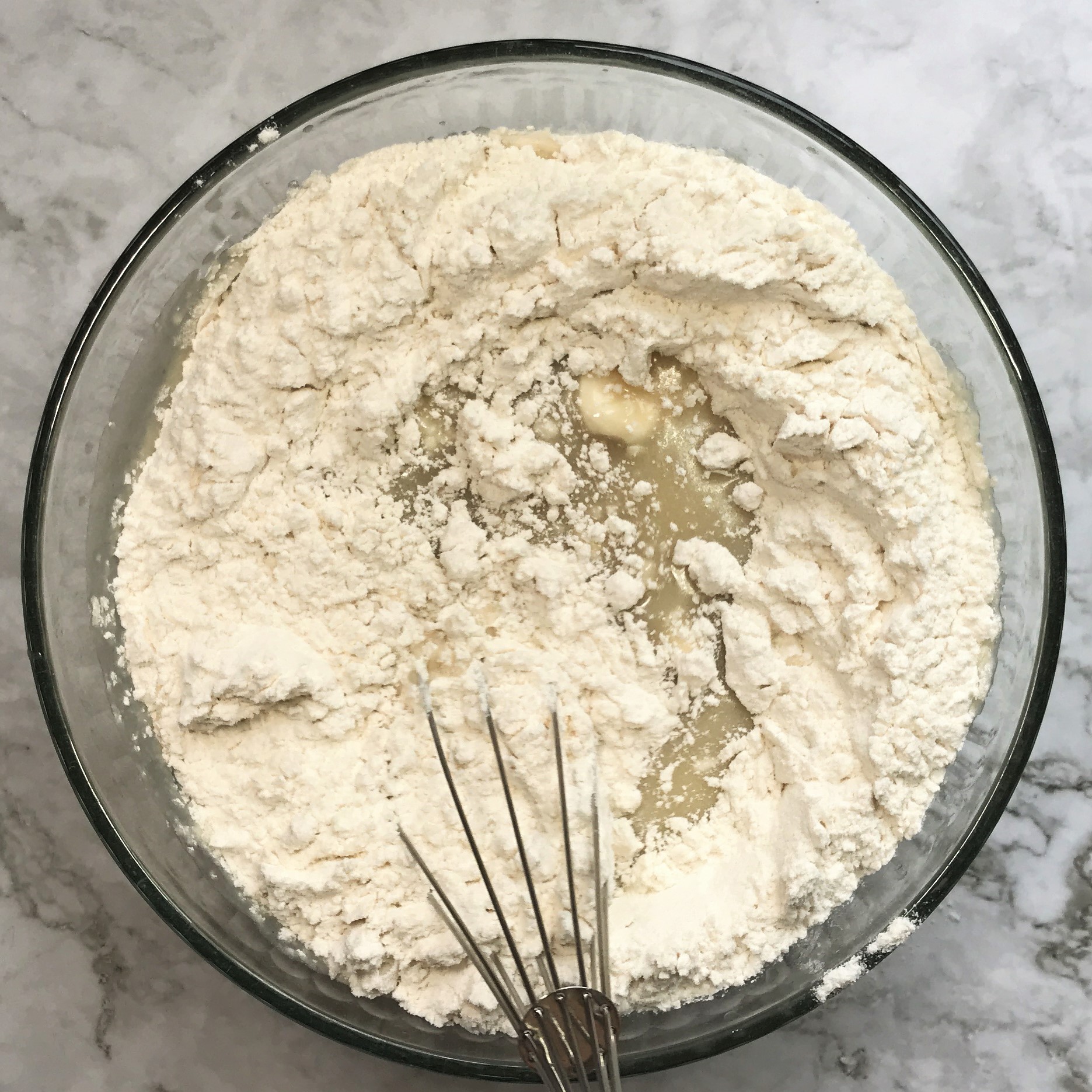 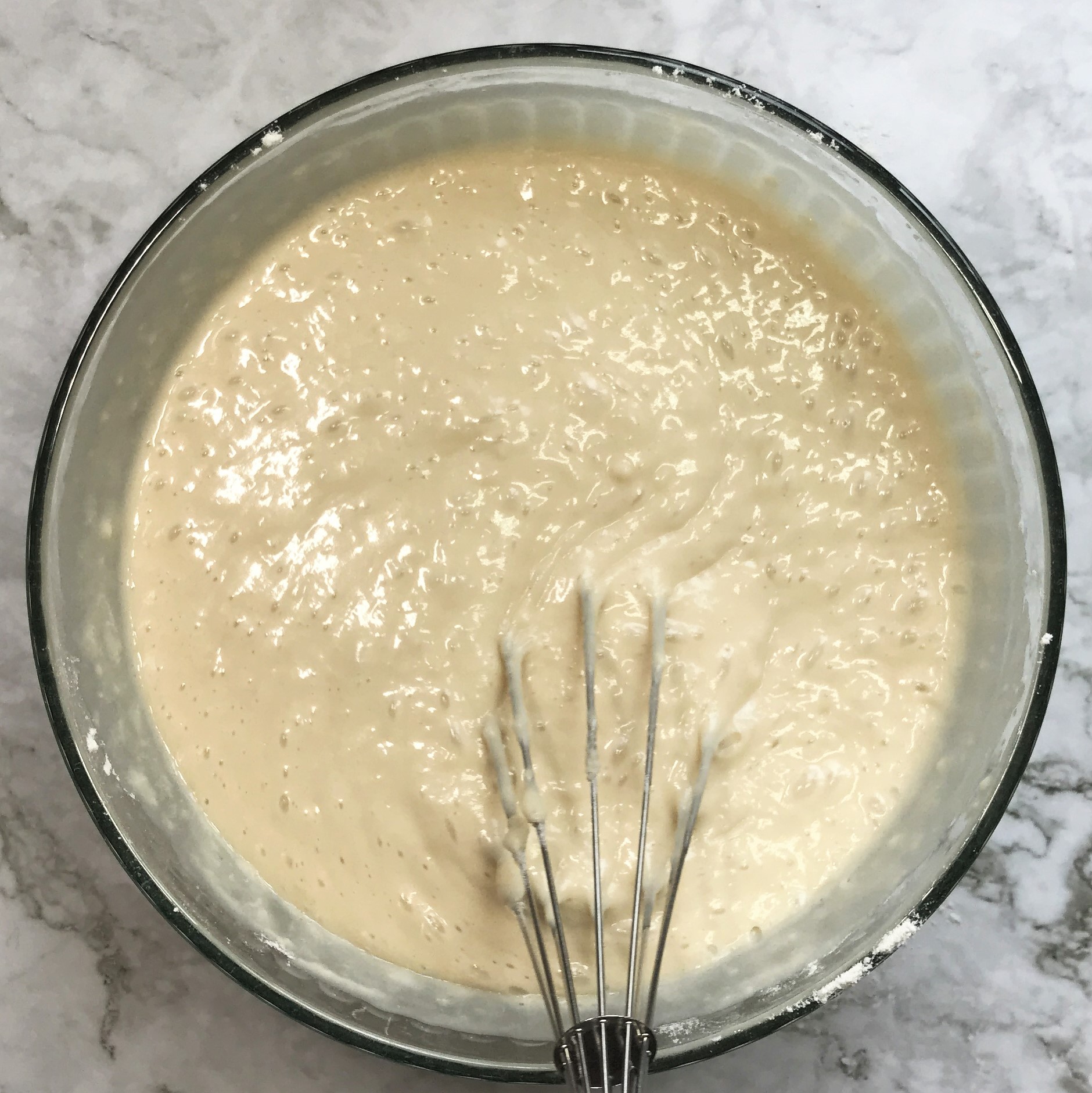 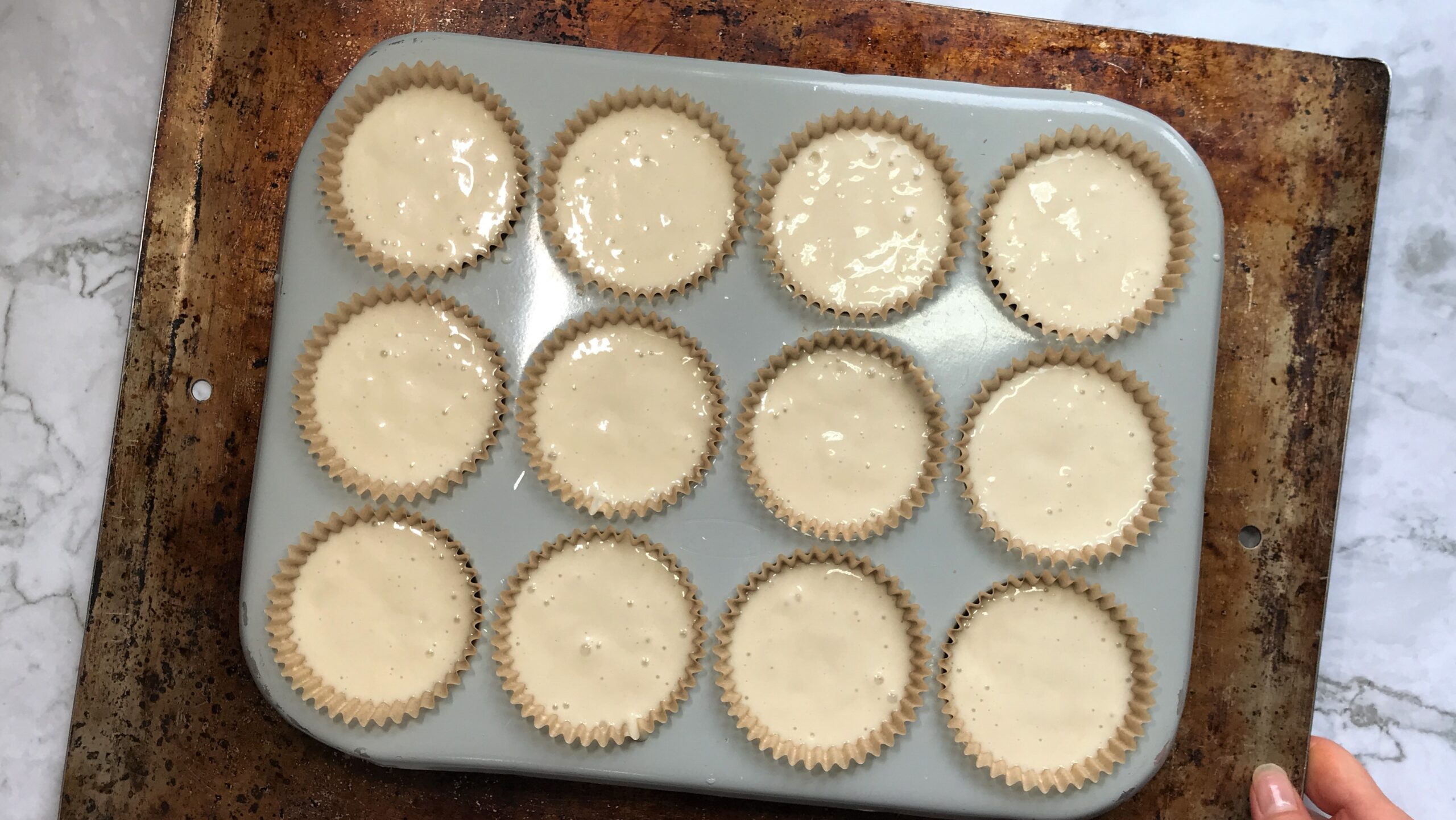 If you are using a coconut buttercream, make sure the cakes are completely cool, as coconut oil gets soft very easily. 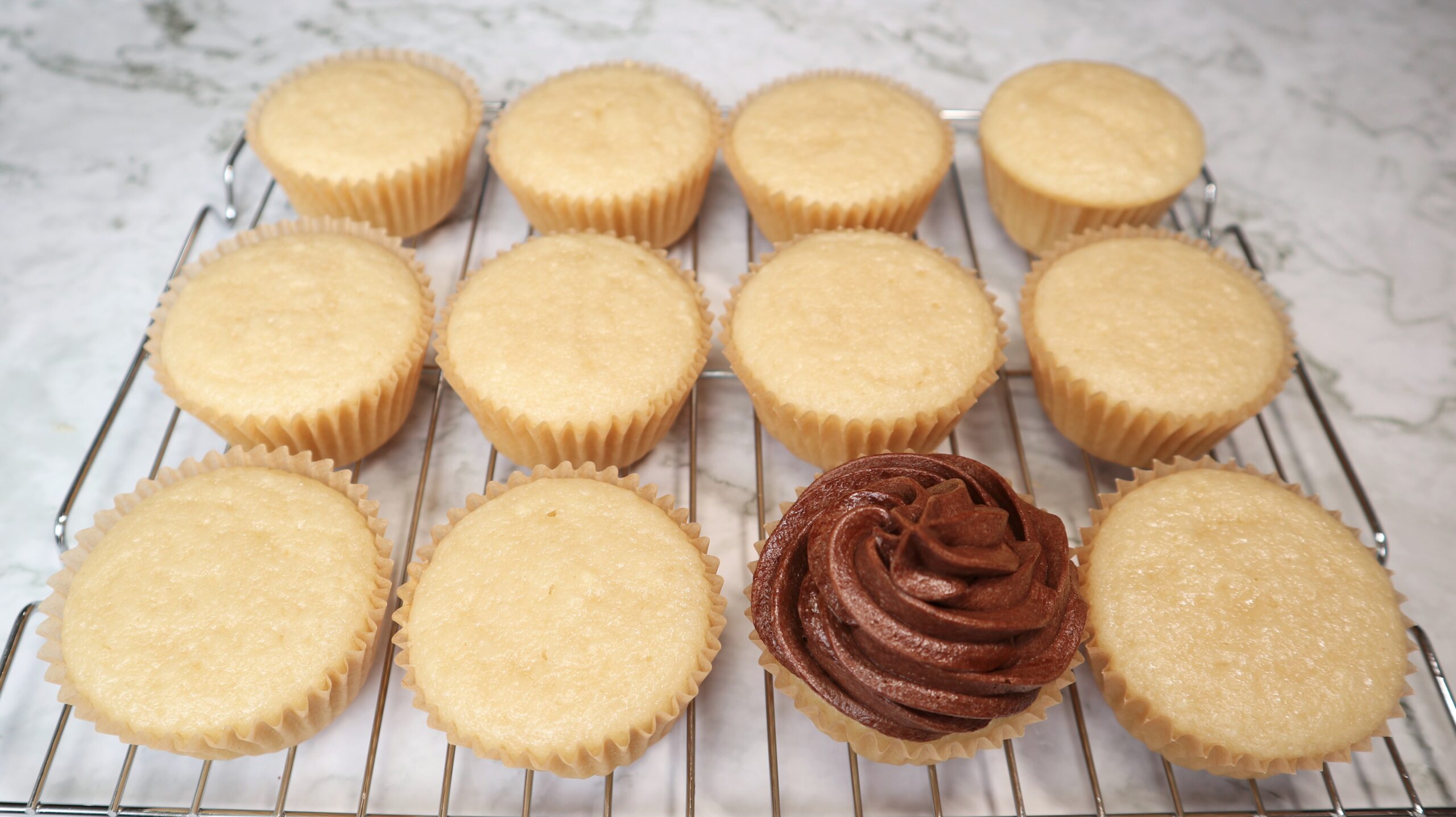 For the Vegan Chocolate Buttercream Frosting

For details on a Vegan Buttercream Frosting check here because this is a long blog.

I have not used shortening, because I try not to, and I have not used vegan butter because it has other stabilizers that some can’t have, like soy, but it would probably work.

The other problem with coconut oil is, it gets lumpy, grainy from heating a cooling and it doesn’t take much to change as you may have noticed if you have had a jar.

If it seems grainy, it would be worth it to take the time to heat it until it is liquid, just 10 seconds or so in the microwave, then chill it completely, then let it come back to room temperature so it is useable.

It is best to use it right away on your cake, then you can freeze or refrigerate it.

If you would like a vanilla vegan frosting the modifications are there as well,  just omitting the cocoa.

Here are the basic instructions.

1. Combine the flour, sugar, salt and cocoa in a small saucepan. Mix well.

2. Add the coconut milk and cook over medium heat stirring until thick like a pudding. This will take about 5-7 minutes.

Stir constantly because you don’t want any lumps.

3. Remove from heat. Add the vanilla.

If you find it is lumpy you can strain it.

4. Place plastic wrap directly on top of the mixture as you would a pudding.

5. Beat the coconut oil until smooth because some coconut oils are lumpy, usually unrefined (virgin) coconut oils. That is why I have suggested refined coconut oil which is also milder in taste.  Scrape the bowl and beat again.

6. Gradually mix in the icing sugar until smooth. About a quarter at a time.

7. Add a scoop of the icing sugar mixture to the pudding mixture and mix it in well, then blend everything together just until combined. Try not to overmix.

If it seems runny or split, refrigerate it, but bring it out and beat it every 5 minutes for about half an hour and beat it again. You could also add a tablespoon or two of more icing sugar. 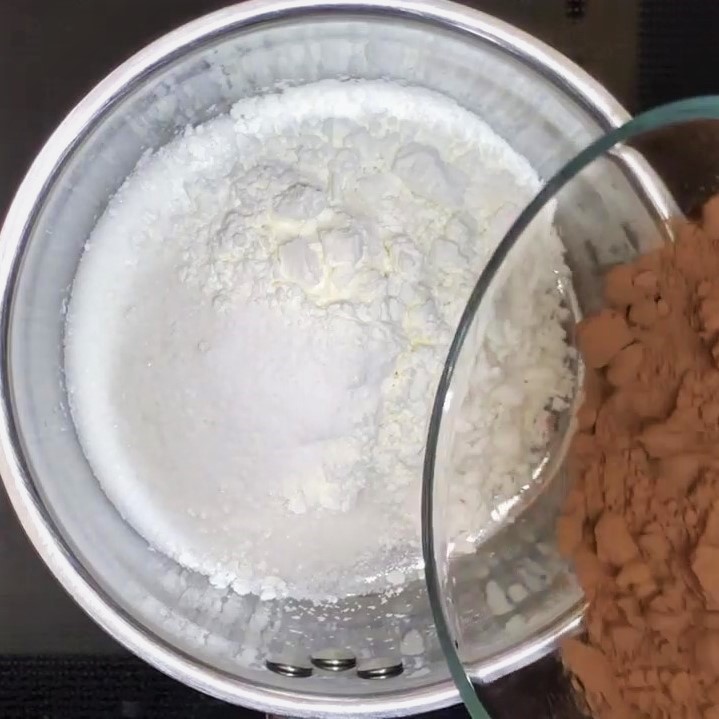 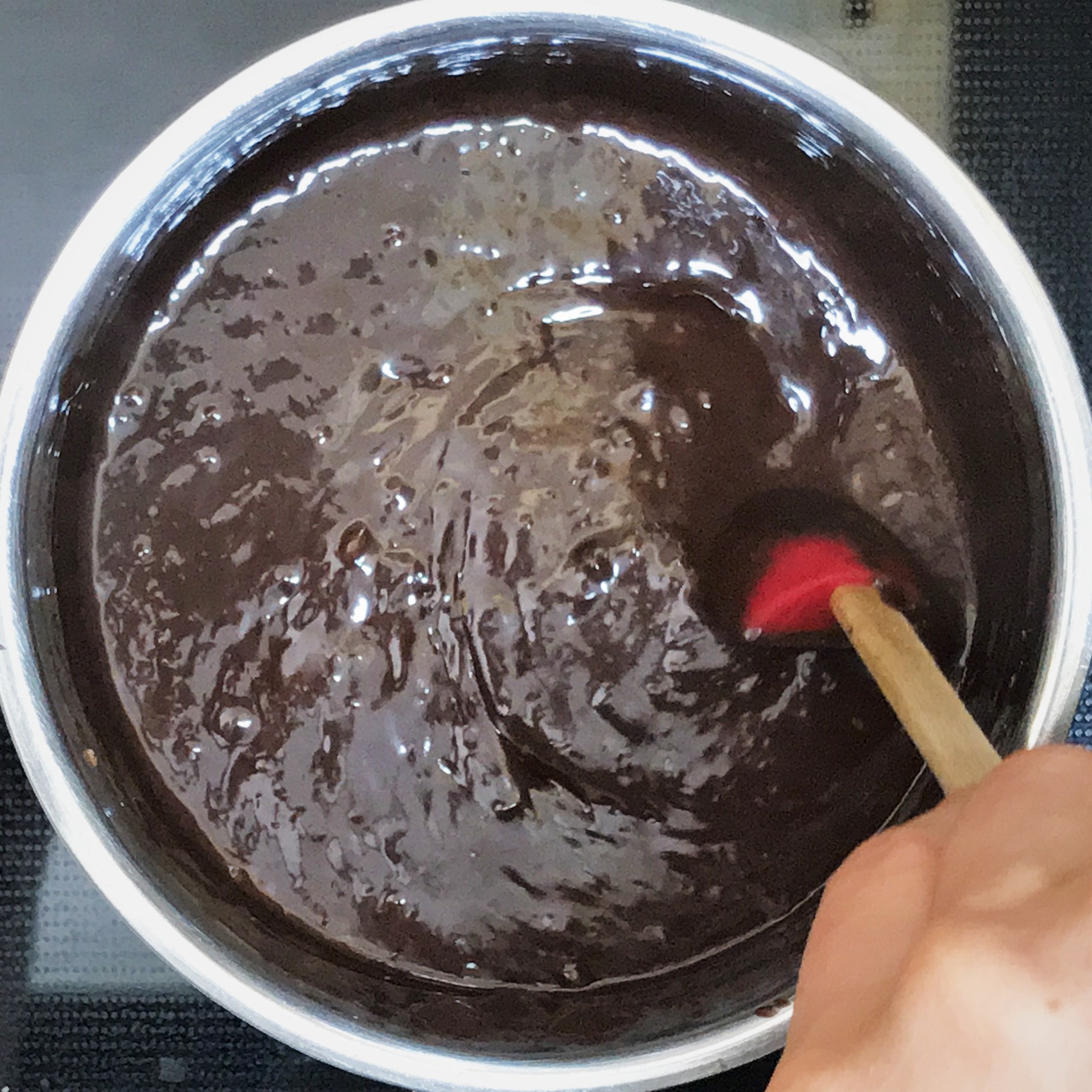 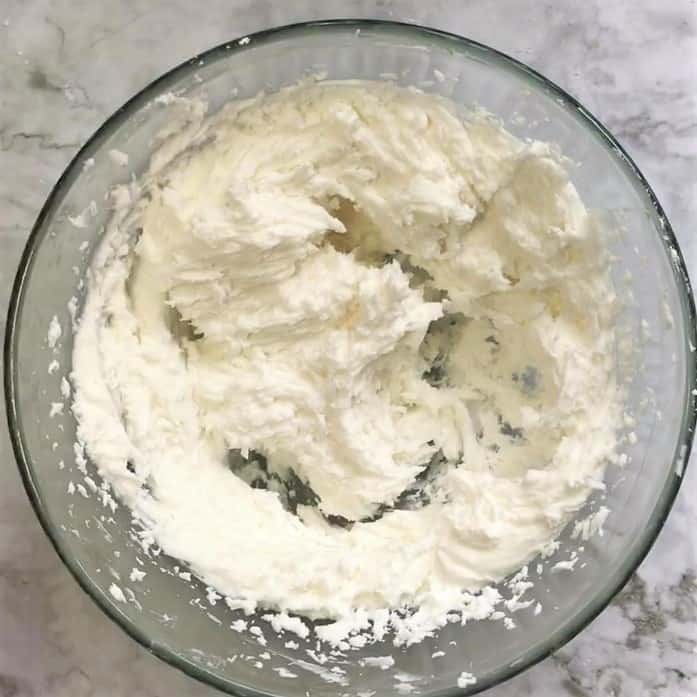 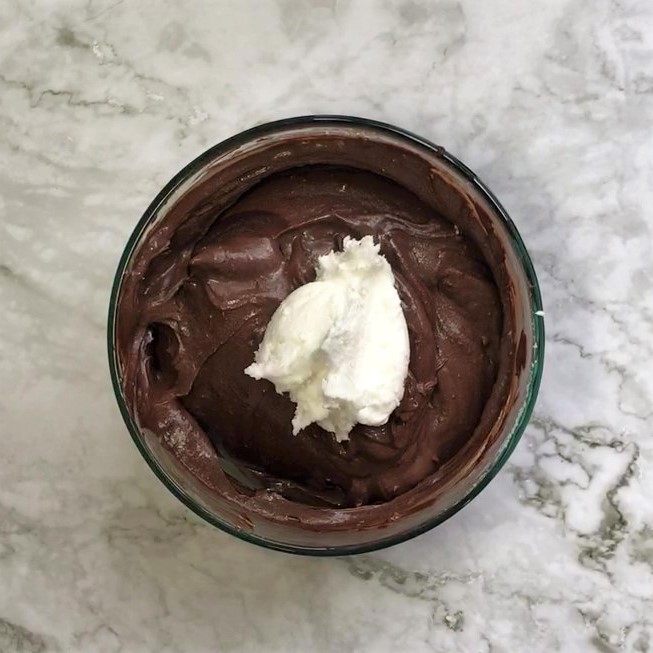 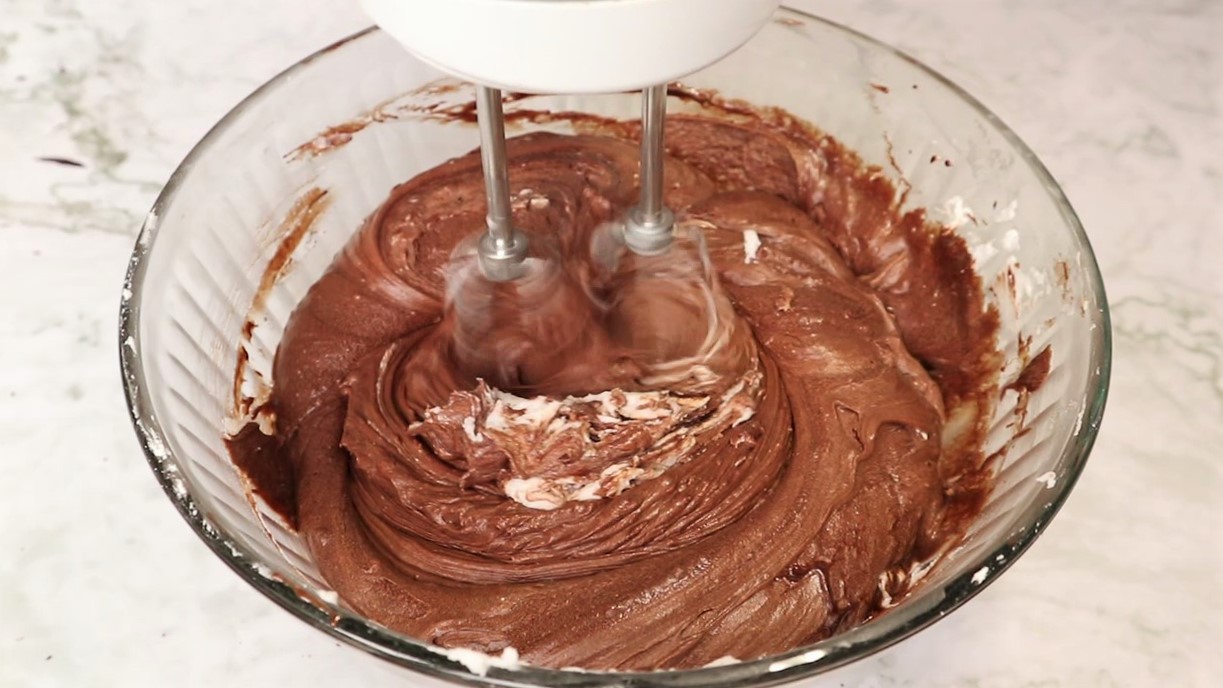 If you are piping onto cupcakes or onto a cake, have everything ready because the warmth of your hands will change how the frosting comes out of the tip very quickly.

For a two layer cake-

9. Place one layer on a serving plate and spread about a third of the frosting over.

If you find it may be too soft, refrigerate the first frosted layer for about 15 minutes.

10. Place the second layer on and frost the top and sides with a thin layer of frosting, a crumb coat on.

11. Then refrigerate, not freeze, the cake again for about 15 minutes, then frost again. This will allow you to put a smooth final layer of frosting overall.

Do not put it in the freezer because it may form condensation and the frosting will slide around as you try to spread. 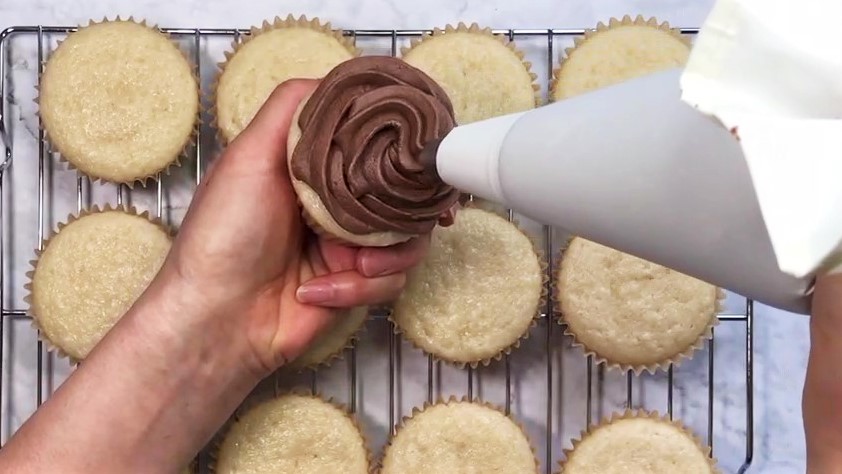 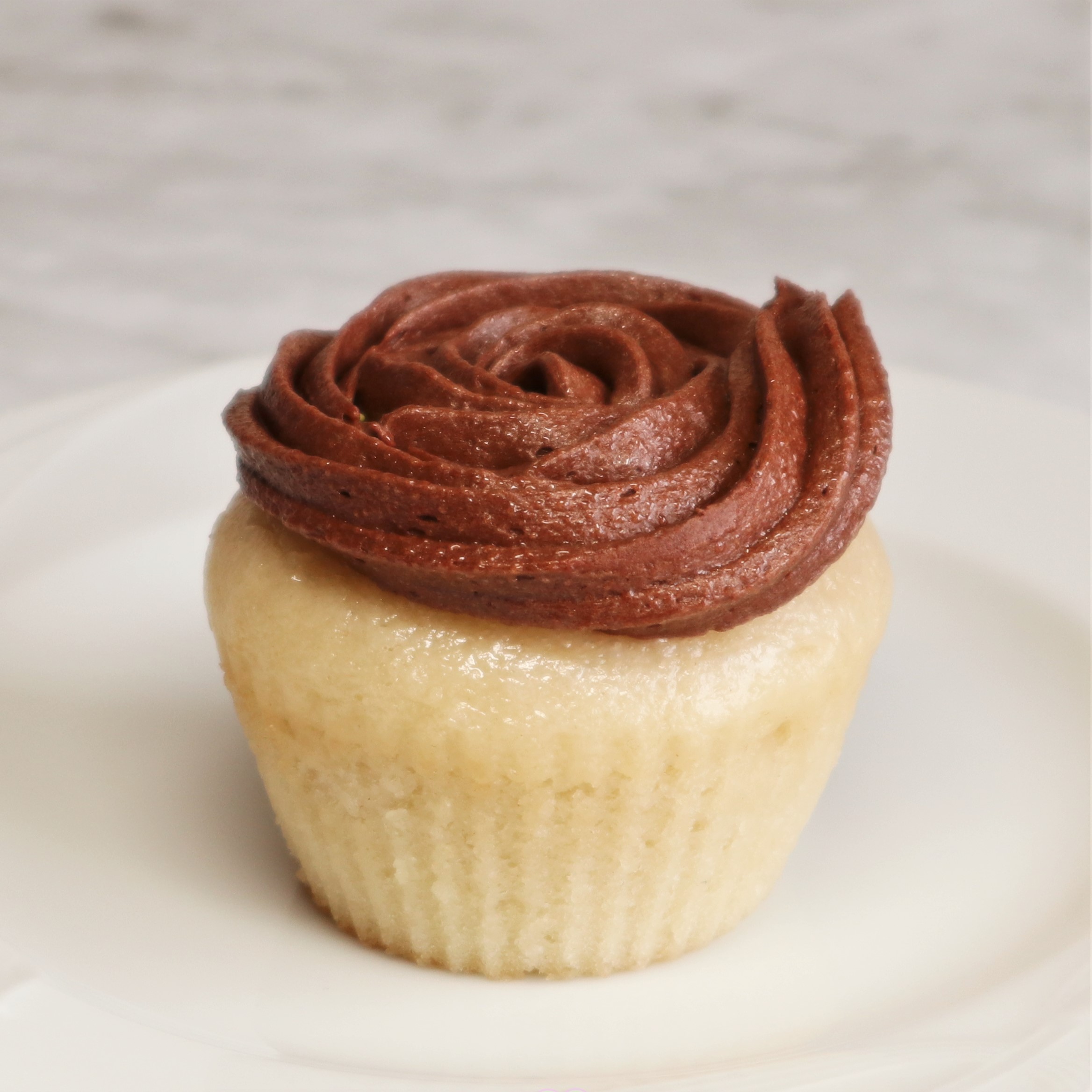 If you are using a coconut buttercream, make sure the cakes are completely cool, as coconut oil get soft very easily.

If it seems runny or split refrigerate it about half an hour, but bring it out and beat it every 5 minutes. You could also add a tablespoon or two of more icing sugar.

If you are piping onto cupcakes or onto a cake, have everything ready because the warmth of your hands will change how the frosting comes out of the tip very quickly.

For a two layer cake-